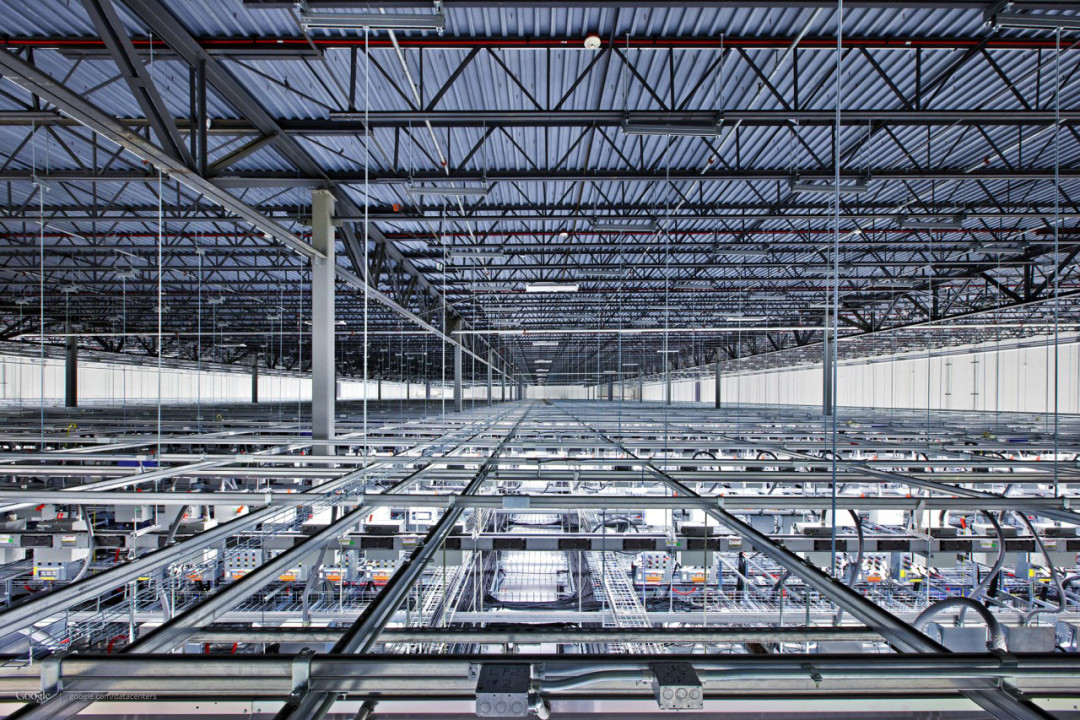 In the previous post I covered the basics about setting up the OpenSwitch Appliance using GNS3. The setup was fairly simple: two switches connected to each other and exchanging LLDP packets. In this post we will setup a more elaborate network to simulate a DC fabric (although it may be a bit overkill of a setup). The setup will be the basis for the next posts about configuring this fabric using Ansible.

One of the first questions when setting up a complex topology with GNS3 that most people will do is: how do I connect it to the external world outside of the simulation? For VirtualBox machines that we are using, the options are limited. The one I found to work reliably across platforms was to use a NAT connection. This has the disadvantage that we have limited connectivity from the external world toward the internal network, but this could be also a security advantage to prevent accidental propagation of control protocols from our simulated environment.

Since the purpose of this lab is going to be to play with Ansible, we are going to need a Linux machine to run it. So, we will setup the following network: 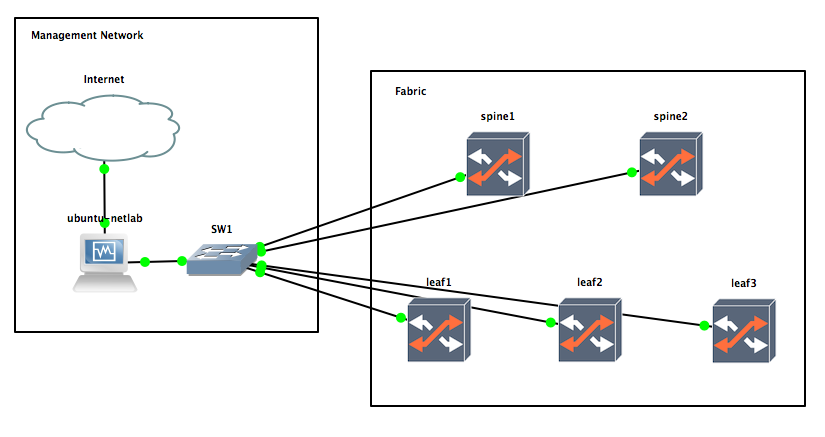 Let’s elaborate on the setup details:

So, let’s get started with the setup!

You should start by dragging a cloud element and configuring it to have a network interface of type NAT: 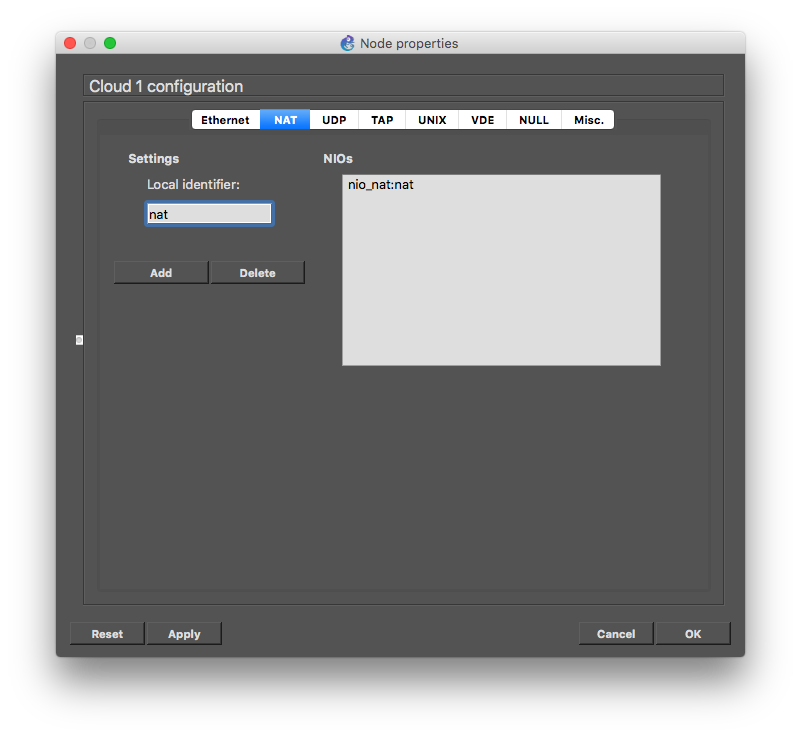 Now we need to create the template for the Ubuntu VM that we will connect to it.

Configuring the GNS3 Template for the Ubuntu VM

As I mention, we will be using an Ubuntu 16.04 (state of the art!) Server VM. Don’t worry, you won’t have to install it. I have pre-package it into a nice OVA (sorry tested only with VirtualBox, you may need to do some work if want to use VMware). Download it from here.

After downloading the OVA file, import it into VirtualBox, and then proceed to create a template in GNS3 for the machine like we did for OpenSwitch in the previous post. Here is the summary of the steps and configuration:

Now you can drag an instance of it into your project and setup the connections as detailed previously. This image is configured with serial port console enabled, so after starting the VM, you can open the console from GNS3 and get access. The default user/password is ubuntu/ubuntu.

Be sure to connect this VM to the NAT interface of the cloud element first, so that it gets a DHCP response, otherwise it will be blocked during the boot process until it times out, and you won't see any output on the serial console. If you have doubt your setup is working, you can disable the 'headless' setting on the machine and look at the VGA console of the box.

Setting up the Ubuntu VM

Now that you have access to the console, let’s do some initial setup. First you may want to tell the serial terminal the size so that the output is not messed up. In my case I just sized my console window to 120 columns and 35 lines (I use the OS X Terminal app, and the tittle usually says the dimensions):

Next we want to install the latest software updates for this image:

For the sake of simplicity I assume you are not behind a corporate firewall, but if you do, you want to set the http_proxy and http_proxy variables, and when invoking sudo, pass the -E parameter to inherit these variables.

Next, we want to configure the second network interface facing towards SW1. You will have to run the ifconfig command to find the name of the second interface:

Then proceed to configure the dhcp server modifying the file /etc/dhcp/dhcpd.conf with your favorite editor (if you are not a vim expert, the nano text editor could be easier). This are the contents you will need:

Now you can start the server:

If you want the OpenSwitch boxes to have access to the external network over the management port, you may want to enable IP masquerading on the box. Adjust the following script to the name of your network interfaces:

Setting up the Fabric Switches

Now that we have the Cloud element and the Ubuntu VM, you need to drag the GNS3 ethernet switch element to connect the second interface from the Ubuntu VM with it, along with all the management ports of the OpenSwitch instances. You can now proceed to power up the OpenSwitch instances and login into their consoles (user/password is netop), and verify the management interface got an IP address from our control VM:

Unfortunately OpenSwitch Simulator still has the bug I mentioned previously and sometimes it may fail during initialization. If you stumble with this, just restart the VM.

You may also test login with user root (no password) into a bash shell and the networking of the management domain should be able to reach the external network.

Now that we have a management network up an running, we want to configure the fabric to move packets around. At this point most networking engineers will log into the CLI and start configuring, but we went thru all this setup of a management network to do something more interesting…

In our next post we will do this instead using Ansible, which is a pretty good tool for managing cattle.